Gourmet on the road

Street Food has existed ever since the first urban settlements were created.

The most ancient evidence of food prepared and cooked on the street dates back to the dawn of civilisation, around ten thousand years ago. The ancient Greeks described the Egyptian custom, traditional in the port of Alexandria and subsequently adopted throughout Greece, of frying fish and selling it in the street. From Greece, the custom spread to the Roman world, enriched and transformed into numerous variations. In the excavations at Herculaneum and Pompei, the well-preserved remains of the typical “thermopolia” can be seen, forerunners of today’s food stalls. These were a kind of mini-kitchen facing directly onto the street, used for selling all types of cooked food, particularly stews of farro, beans or cicerchia.  At that time the less wealthy city dwellers lived in apartments, essentially blocks of flats, mostly without kitchens. So the populace ate in the street, buying their food from the nearest thermopolium, which supplied nourishing dishes affordable by all. 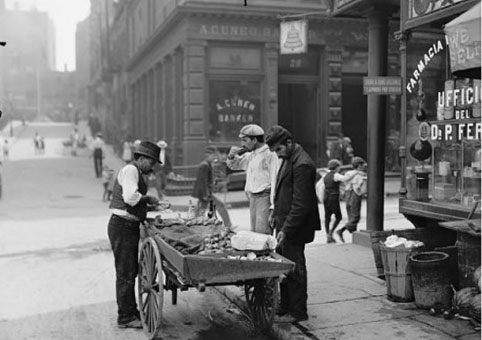 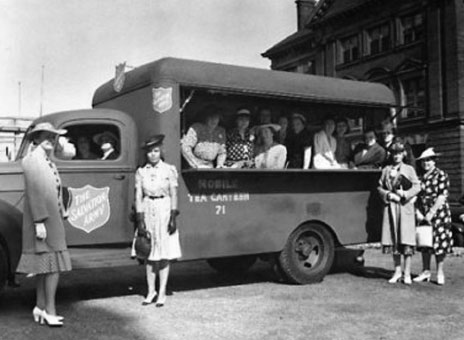 And thus street food has evolved over the centuries in parallel with our civilisation, but discreetly, leaving very few traces considering its close links with the common people. But during the Middle Ages the big cities were bursting with stalls, huts and carts selling cheap ready-cooked food in the grubby streets of the seedier neighbourhoods. However, as is often the case, out of poverty comes the best of human ingenuity, and hence came the immortal recipes at the base of an entire culinary culture.  So in Paris there were the “pâtés”, or rather “pâstés”, pastry cases enclosing various fillings, usually stewed meat or vegetables, sold for a few pennies to errand boys and labourers so that they could eat while they worked, with no need for cutlery. These would lead to the term “patisserie” and during the Renaissance and the Enlightenment become the glory of grand tables all over Europe in the form of timbales, savoury pies and pastries of all kinds filled with truffles, pigeon and foie gras. The very same humble principle as the pies of the anglo-saxon lower classes: a crust made of flour, lard and water containing a cooked filling, eaten by English miners and factory workers during the industrial revolution. The crust was thrown away, as it would be soiled by coal or machine oil from their hands. British too is the veritable institution of fish and chips, sold on the street and wrapped in newspaper - a legacy of Sephardic Jewish refugees fleeing persecution during the late fifteenth and early sixteenth centuries.  This custom of fried fish to take away is the very same as that of the Egyptians in Alexandria, which spread across the whole of North Africa and Moorish Spain of El Andalus. 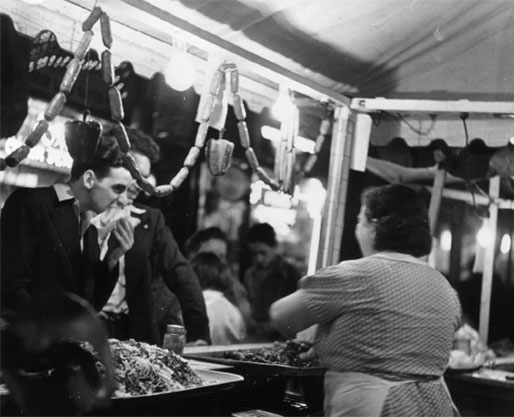 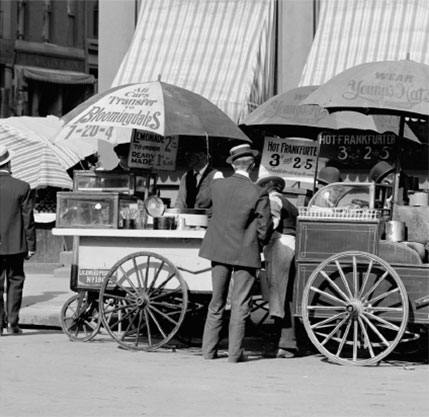 “TERRITORY AND TRADITION” IT’S TALKED ABOUT, IT’S BOASTED ABOUT.

This is perhaps the greatest misapprehension about street food: because it was born poor, from the  primary need to feed the populace cheaply, it has always been considered of little worth. However, particularly in these times of globalisation, street food is often the last bastion of a place’s traditions and identity. Consider the panino con la milza (bread with spleen) of Sicilian markets, or with lampredotto (tripe) sold at the last of the tripe stalls in Florence.  Pizza itself, the emblem of popular Italian cuisine, occupies the same role as the English pie, arising from the need to feed the poor in the streets. In this context, street food identifies and distinguishes territory and tradition, keeping alive one of the most important aspects of local culture, the eating habits of the people.

In more recent times, we have seen an abundance of vehicles springing up near stadiums and concert venues, fairs and markets - vehicles specially adapted to sell drinks and sandwiches, classically with sausage or roast pork, the Italian version of American hot dogs and hamburgers, which themselves descended from the traditions of poor immigrants from Hamburg and Frankfurt.  Today’s street food culture is taking a markedly different route, focusing on the traditional cultural aspect - sometimes a rediscovery - and investing in the quality of increasingly refined products. Paradoxically, this trend for revival comes form the very place that invented junk food - the United States, where the trendiest food trucks are wildly popular among increasingly sophisticated foodies and related media. 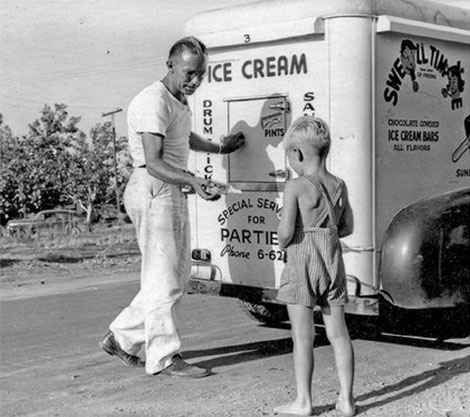 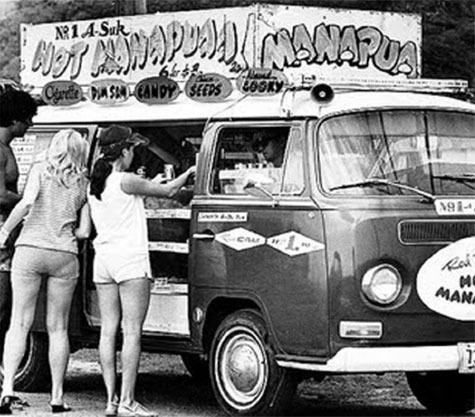 IThe manifesto of today’s Street Food could be “Street food is the true testimony to the identity of a people”. It undoubtedly gauges the depth of traditional food culture, but also measures its ability to continually reinvent itself in the constantly evolving everyday urban jungle, while retaining is roots firmly in the history of a region. In a nutshell, street food has freed itself from prejudice and reclaimed its rightful place in the sun as an expression of culinary civilisation.